Born from a simple dream, she just wanted to to make a pair of shoes that fit. Meaning fit to wear but must have many details. And must be made in Indonesia. The raw materials must be from Indonesia and must be made by Indonesian. These things not always make things easier. Because lots of alternatives out there can accelerate an instant success. But for her, the initial idea, which must be all-Indonesia delivers to the world, the work of Indonesian which able to compete with other countries where it’s known better. And for shoes, the direction is definitely Italy.

One of my favorite quotes of her is “A Mom is the most complicated CEO in the world!” It was quoted for herself and for all Moms who is a Mompreneur. Her status as a Mom doesn’t dampen her spirit to become a Mompreneur. Her ‘Me Time’ is her daughter. Whenever possible she will bring her daughter to work. Her daughter and husband have became an encouragement to take care and develop her business which she named it just like her name Niluh Djelantik Shoes.

Never enough by bringing Indonesia into worldwide, where her shoes has been wear by famous celebrities international such as Julia Roberts, Cameron Diaz and many more. And she has been awarded as American Best Fashion Brand & Designer The Yak Magazine Awards 2010, she now tries to become a politician. She voiced the voices of women for Indonesia. Niluh Putu Ary Pertami 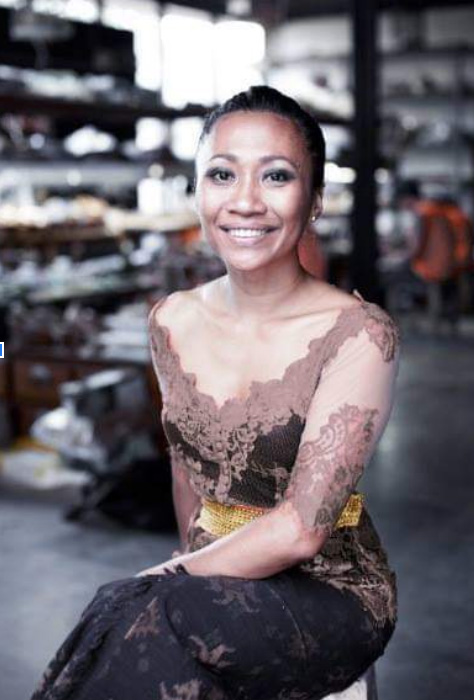 For more information and reservations, please contact Syifa at event@rolefoundation.org / 0361 4771657
Bali Wise is one of Indonesia’s premier charities supporting women from marginalised backgrounds.

Businesses will be acknowledged for their support of Bali Wise with a FREE listing on www.myredenvelope.com. 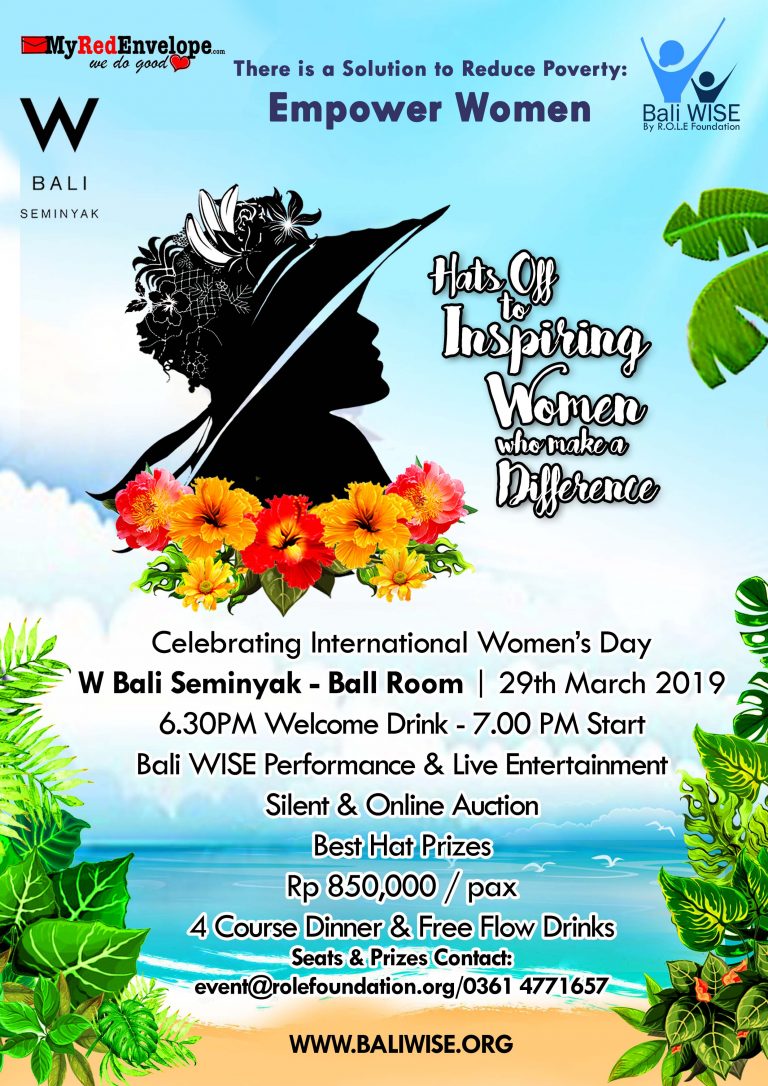