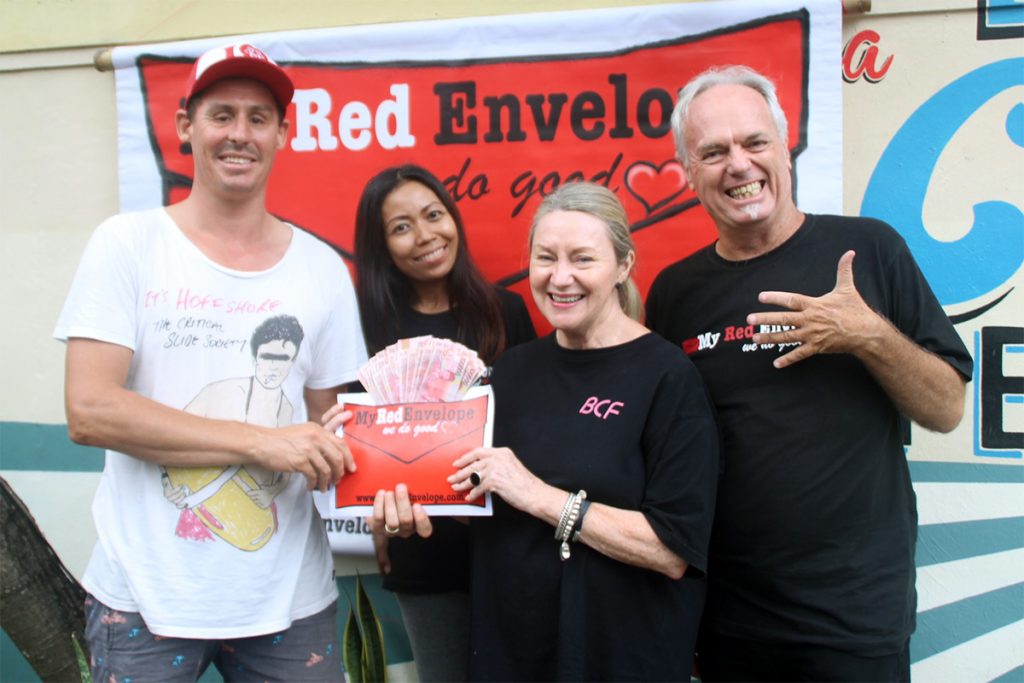 One year ago, MyRedEnvelope held its first campaign launch.

Our mission was off to a good start as the success of the event at Lacalaca followed on to the campaigns after that. In February 2017, three more events were held at member businesses around Seminyak.

Spa Bali had a goal of raising Rp 5,000,000 in support of Bali WISE (Women of Indonesia Skills Education), for a six month scholarship in hospitality and tourism. In one day, they achieved the target.

An event at Red Carpet Champagne Bar in support of Kolewa Foundation raised an amazing Rp 13,500,000. Kolewa Foundation focuses on children and families who live in isolated parts of Indonesia to assist them with medical needs. This fundraiser went to a child who needed cleft-lip surgery. 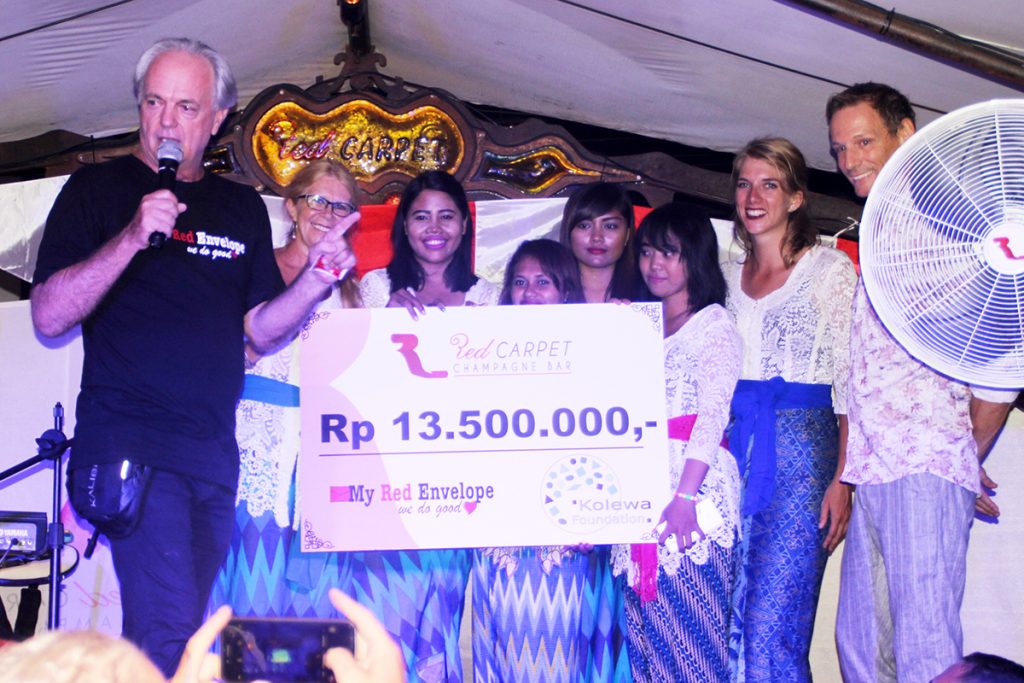 Looking to the future

It has been an incredible journey. The concept of MyRedEnvelope is the first of its kind in Bali, and although at times this has proved to be challenging, the determination and hard work of our businesses, charities and members have made it possible.

This year with the launch of the website, we will increase the number of charities and businesses registered with us, not only in Bali but in other islands in Indonesia.

In celebration of our launch, we are holding a ‘One Perfect Day in Bali’ competition. You can win two nights stay at a boutique accommodation in Seminyak, plus a day of activities topped off with cocktails and dinner.

As Chinese New Year approaches, we are reminding people of the essence of the ‘red envelope’, the symbol of giving. The colour red symbolizes good luck and red envelopes are gifts presented at social gatherings. We are timing the official launch of our website with Chinese New Year, as we are giving you the gift of giving back to the community.